What's So Good About Failing? 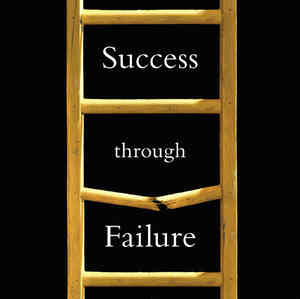 In a homily recently I spoke about the Christian experience of “falling and getting back up again.”  That is, I spoke about the need to be intentional about our repentance, to actually try to do the things we suspect would please God and stop doing the things that we suspect are not pleasing.  This intentionality leads almost always to failure.  But it is a very healthy failure.  It is the failure of one who has tried--which is very different from the failure of the one who hasn’t.  He who hasn’t tried, tried really hard, tried with all his might, is susceptible to the delusion that he could have succeeded if he had really tried.
Healthy failure is illuminating on several levels.  Healthy failure reveals our true self, its limits, its arrogance, its foolishness.  It reveals the depths of our dependence on others and on God.  Healthy failure produces humility, and humility is the foundation of all God-like virtue.
Humility and self knowledge are the goals of falling down and getting back up again.  Success has never been the goal of any Christian endeavor.  Knowledge of God and love of neighbour and transformation of the inner man: these are the goals of the Christian life no matter what endeavor we may find ourselves involved with.  Success is nice, but success too early (or the illusion of success) is often a source of pride.  God has not called us to be successful, He has called us to become like Him.
And even in our endeavor to become like Him (to acquire virtues), it is not our successes that make us successful.  We must labour, for this is how we show God what we really want--words have very little weight; what we do speaks the loudest.  However, just as the Father of the Prodigal Son rose and went to meet him after the Son had begun his journey home, so in our lives God sees our striving and rises to meet us with Grace, with illumination, and with the knowledge of God in the Holy Spirit.
We really don’t know what we need.  In my own repentance I find myself continually realizing that what I thought I needed to change were merely the leaves of a much deeper and more stubborn root.  I cut the leaves down, and they grow back.  I cut the leaves down, and they grow back.  I cut the leaves down, and they grow back.  Somewhere along the line (often with a word from a spiritual father, written or spoken, or a word from my wife or daughter or a parishioner, or with a very rare flash of insight) I realize that I have to look deeper.  And what I see when I look deeper is usually pretty ugly.  But that’s OK.  That’s good.  It’s better to see the wound than to ignore it and let it fester.
St. Isaac the Syrian in Homily 2 says, “If a man is ill and he recognizes his ailment, his healing will be easy.  If he confesses his pain, he draws nigh its cure….The patient who resists his physician amplifies his torment.  There is no unpardonable sin, save the unrepented one."
Posted by Fr. Michael at 10:45 pm