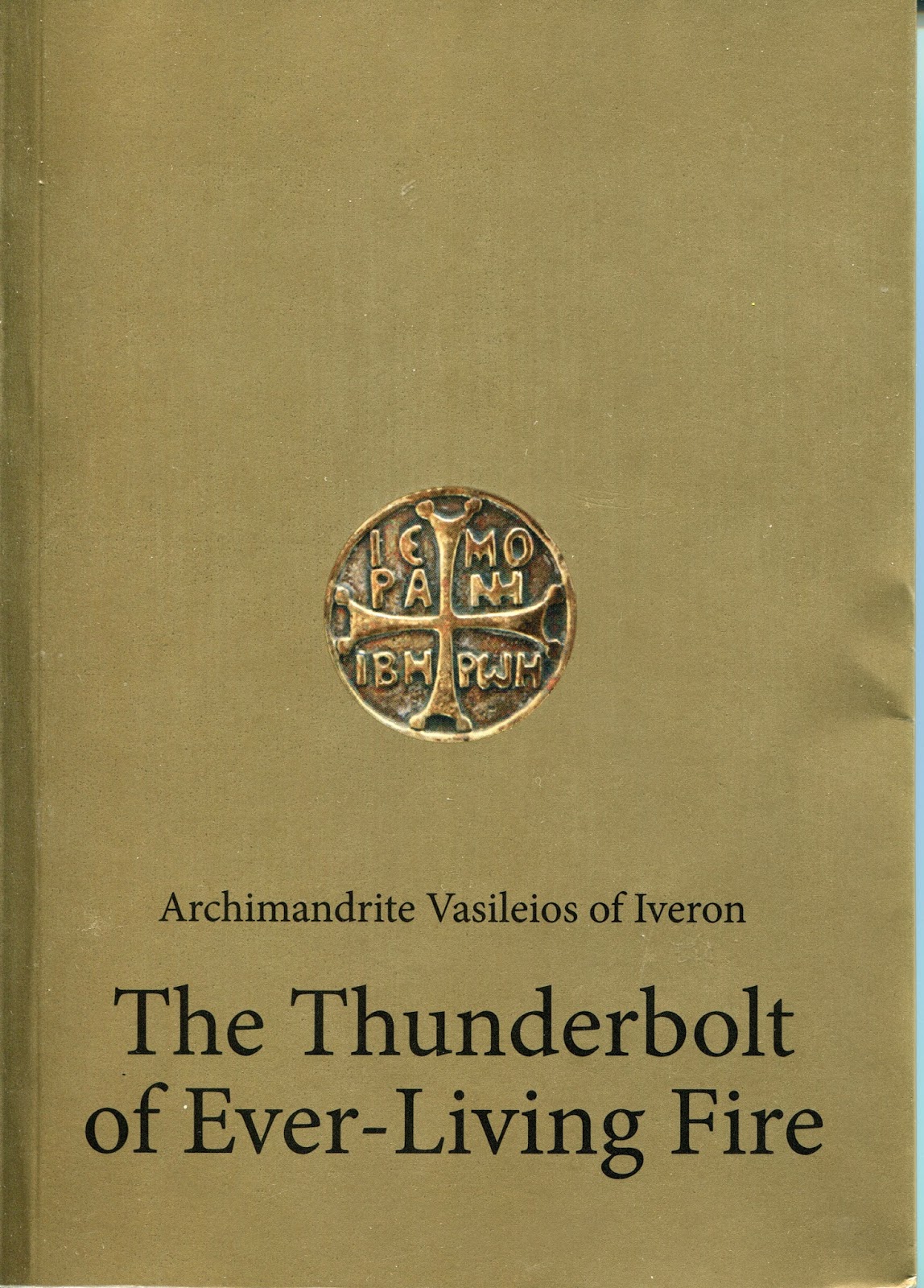 Oh, that you would rend the heavens and come down!  That the mountains might shake at your presence.  (Isa. 64:1)

A common question people ask a priest goes something like this: “If God is real, why isn’t it obvious to everyone?”

One way I begin to answer such questions is by saying something like this: God is obvious to everyone—as obvious as the air we breathe. But just as we easily take for granted and no longer notice the air we breathe (unless there are some unusual pollutants in the air or we are having trouble breathing), so too we easily ignore the obvious reality of God. The only exception to this tendency to ignore the obvious, is when we intentionally pay attention. When I intentionally pay attention to my breathing, I notice the air.   Similarly, unless I work at paying attention to God, I can easily ignore Him.

Many of us, however, would rather that God’s presence be less easy to ignore. Like Isaiah, we want God to tear open the heavens so that no one can deny the reality of the Creator. But this is the very thing God does not want to do.  Archimandrite Vasileios says that “He exists as if He did not exist. He intervenes as if He were absent, out of respect for His creature.” God respects His creation so much that He treats the creation as He Himself would be treated: with freedom. God does not come to us in any way that would overwhelm us, that would strip us of freedom and force or coerce us to obey and love him. In fact, once obedience is forced, it ceases to be obedience—not the obedience of relationship, the obedience that a mother wants from her child or a lover expects from his beloved. Forced obedience is mere conformity to outer criteria. God does not want that, for it is no foundation for genuine relationship.

Neither does God want a forced love, a necessary love, a love that must be because there is not choice. The only love God wants is that love that is freely given. The freedom God gives us is the freedom befitting God Himself.  As I said above, God treats us as He would be treated. Were God to manifest His power, we would be overwhelmed. We would not understand it. We would be much like the children of Israel, who shuddered at the foot of Mount Sinai while the mountain itself quaked, but before forty days were passed, they had already begun to worship a calf made of gold. We would be in awe of the power, not the Person. We would tremble at the manifestation, but be unable to apprehend the Person behind the manifestation.

God comes to us with humility. God comes as a still, small voice. God comes as an infant in a manger. God humbles Himself and becomes a human being so that we can come to know Who He is, His personality, what God is like. Archimandrite Vasileios puts it this way: “I—the [One who is] beyond-being, come down, I empty myself, I approach you, I become one with you in order to make you my own; in order to save you by teaching you things untaught. By saying to you through my conduct that ultimately, what is great, unapproachable and terrible in me is not the power, the inconceivable magnitude, but the ineffable love, the kindness of beauty and the condescension of humility that is manifest in the way I behave.”


God teaches us about Himself by his conduct, by the way He behaves. God respects us. God grants us the freedom worthy of gods. And this, not God’s might, is what we should fear. God lets me have what I want.

You might object: “No He doesn’t! I seldom get what I want.”

But even this suffering, this experience of what is called the wrath of God, even this—and perhaps especially this—reveals God to us, the God who became man and suffered. In our suffering we can, if we are willing, come to know the God who also suffered, the God who suffered all of the consequence of sin, all of what we call the wrath of God. God suffered as a human being, willingly, to show us the way, to show us the way of love, the way of freedom, the way through death to resurrection. And in showing us the way, God has revealed Himself to us.

What does God look like? God looks like Jesus. And so when God does come down, He does not rend the heavens; rather, He allows himself to be torn. God comes down and the mountains do not quake, but the gates and bars of death and hades are destroyed. God comes down and the angels of heaven sing, but only a few shepherds are listening. God comes down and only a few wise men from afar notice the Star. God comes down and enters the Temple of His people and only an old man and prophetess recognize Him. God comes down in such humility and meekness that only those who are looking for Him see Him.  And in coming this way, God has torn the false heavens and shaken the lying mountains that have told us that God is proud and angry and full of vengeance toward us.  It is only this false notion of who God is that has been torn and shaken. 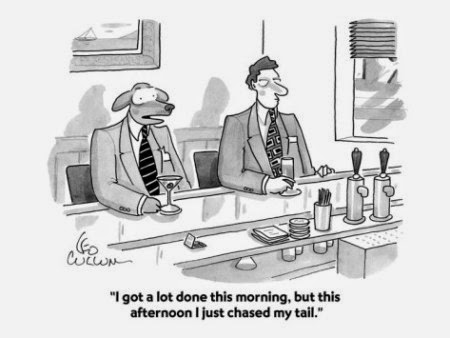 What do we confess in confession?

The most important thing that we say in confession has little to do with what we say.  The most important thing is what is in our heart, or the condition of our heart in confession.  When we come to confession, many words are not necessary.  In fact, many words generally only muddy the water and reveal a mind that is not settled, but is rather still self-justifying, still trying to “get a handle on it” as though you could actually fix this problem yourself if you could only just figure it out.

There is no figuring it out in confession, but there can be revelation.  In fact, so long as we continue trying to figure ourselves out, we will run in circles.  As dogs chase their tails, human beings chase their thoughts.  Around and around and around.  The same arguments, the same frustrations, the same dead ends.  Around and around and around.  We have to stop running.  We have to stop chasing.  We have to admit, we have to confess, that we will never catch it, we will never figure it out—and even if we did, even if we did figure out why we sin in the many broken ways we do, still then, there would be nothing we could do about it.  Catching her tail, the dog only bites herself.

When God revealed Himself to mankind, He revealed humility.  This is what God showed us about himself when He revealed Himself to mankind, this is the quality that most defines God for us: love revealed by humility.  This is how God reveals Himself: Not by power.  Not through justice.  But in Humility.  God, who is whole, took on himself that which is contingent to teach us the way, to teach us that in accepting our contingency, dependence, inability, and brokenness we begin to imitate God.  We begin to find salvation.

We are stuck on fault, on guilt, yet fault is not the issue.  Like a sick child who has caught a cold playing in the rain.  Figuring out how he caught the cold does not help heal the cold.  But to heal the cold, we have to first acknowledge that we are sick, that we are sick and cannot heal ourselves.  This is why we come to confession.  We come to confession to say that we are sick, that our body and mind is out of control, that we need a physician.  And just this act, this act of contrition, this act of humbling ourselves, and saying out loud: “I am badly broken and I cannot fix myself,” this act begins to heal us.  Why?  It begins to heal us because we have already begun to see reality, to see who we really are, and to find the place where God meets us.

God saves the poor and needy, but for a rich man to enter the Kingdom of Heaven is almost impossible.  The way a rich man can enter the Kingdom is by seeing his poverty.  It is the broken and humbled heart God does not despise.  When in a few words, with simplicity, we can admit our failings, our brokenness, our faults, then the pain in our heart speaks.  This pain is called compunction.  And when compunction speaks, few words are needed, simplicity is everything, explanations are the meaningless.


When we come to confession, we come to God, as to a Physician, a Physician who listens more to our heart than to our words.  Preparation for confession has much less to do with scribbling down lists of mistakes and sins as it has to do with allowing your reflection on your sins to break your heart—or rather letting yourself feel the brokenness that is already there.  When we come to confession with compunction, with pain in our heart, then we confess everything with few words, few words and much meaning.  When we come to confession with compunction and humility then we already have begun to be healed, we have already begun to reach out our hands to our loving and humble Father, to the Physician who heals our soul.
Posted by Fr. Michael at 12:28 pm 1 comment: