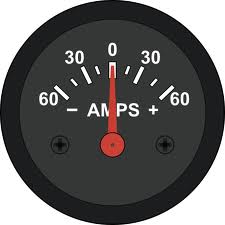 My friend Michelle commented on the last post that she wished that her "peace-o-meter" worked well. I love that concept: peace-o-meter.

In Philippians 4:7, St. Paul says, "And the Peace of God, which passes all understanding, will guard your hearts and minds through Christ Jesus." Somehow in my early years, I came to understand this verse to mean that peace functioned as a kind of sentry or guard in our hearts to tell us when the city was secure and to warn us when we were in trouble. An expression I came to use based on this understanding was "follow the peace." And most of my adult life I have endeavoured to be guided by this principle.  I follow the peace, awkwardly, haltingly, and sometimes reluctantly.

Following the peace occasionally looks very foolish. "Wisdom," as this world knows it, would have us scratch and fight and figure out and most of all WIN.  But the wisdom that is from above is peaceable, according to St. James (3:17).

One of the main goals of the spiritual life is to attend to our peace-o-meter. In fact, I will go so far as to say the purpose of religion (good religion, O/orthodox religion), prayer, asceticism, and good works is to teach us to attend to peace: peace toward God and peace toward one another. When we are at peace with God and neighbour, then we can say we are in God's will or that we are being transfigured into the Image of Christ.

But how do we get there? If I can't even find my peace-o-meter, if I can't even remember what peace is like, what do I do? Certainly there are lots of ways to begin. To begin anywhere is much better than to do nothing because you don't know where to begin. But if we take a look at St. Paul's letter to the Philippians and the context in which he makes this statement about peace guarding our hearts and minds, we can also see some clues, especially for those who are already fully immersed in the Church but have somehow lost their inner way.

I implore Euodia and I implore Syntyche to be of the same mind in the Lord. Yes, I urge you also, true companion, help these women who labored with me in the gospel, with Clement also, and the rest of my fellow workers, whose names are in the Book of Life. Rejoice in the Lord always. Again I will say, rejoice! Let your gentleness be known to all people. The Lord is at hand. Be anxious for nothing, but in everything by prayer and supplication, with thanksgiving[s], let your requests be made known to God; and the peace of God, which surpasses all understanding, will guard your hearts and minds through Christ Jesus.

Notice that the passage begins with St. Paul imploring two women whom he calls fellow labourers in the Gospel to be of the same mind--i.e. to stop arguing with each other.  The quickest way to end an argument is to let the other guy win. Do you want to find peace again? Then give up your right to be right. Let the other person have her way. Whatever it is, it's not that important, once you give up your right to be right. Let go and let God. That is, let go of your need to handle it, fix it, control it, guide it, and especially your need to be right; and by letting go you will be letting God, you will be getting out of God's way, you will be saying, "God it is your Church, these are your children, you are the only one who can save." And, you will begin to return to peace.

However, such letting go takes practice. How we let go and even whether or not we should let go depends on the situation, the relationships, the matters at hand. It takes discernment, and discernment only comes through counsel and experience. You learn by doing: Is hanging on producing only inner frustration and rancour? Then let go. Are you standing fast accompanied by Grace and inner peace despite the raging storm around you working? Then hang on. Talk to a spiritual mentor, learn from your mistakes.

Nevertheless, while it is sometimes right to stand fast in an argument, in my life I have found that for every time I should stand fast, there are twenty or more times I should give in. Twenty or more times I am merely driven by my ego, my fears, my lack of faith in God. In my life I have come to the conclusion that if I am not sure what to do, then I almost certainly should give in, I should let go. Letting go almost always leads to peace.

After letting go of your right to be right, St. Paul's advice only gets harder: "Rejoice in the Lord always." He does not say, "Rejoice in being right," but "Rejoice in the Lord." God is the one who saves, not me, and He is who and what I rejoice in. "Let your gentleness be known to all"; not, "Let your correctness be known to all." And why can I take such a risk? How can I risk gentleness (instead of insisting on being right)? I can take such a risk, because "The Lord is at hand."

St. Paul goes on, "Be anxious for nothing." If you are going to let go, you must also let go of anxiousness. Instead of anxiousness, prayer and supplication with thanksgivings (literally in Greek, meta eucharistias [pl]). The antidote for anxiousness is prayer with (in the context of, or together with) Eucharists--the liturgical life of the Church, communing with God through His Body and Blood together with all the Saints. There is no solitary Christian life. Even hermits are part of a community, have spiritual fathers, sons (mothers, daughters) and commune with Christ and all of the Saints in the Body and Blood of Christ. This is the Thanksgiving that God has given us, our Eucharist.  This is how we give thanks to God in everything.

So back to the peace-o-meter. Mother Victoria, my first spiritual "father," said to me: "When the Divine Liturgy is completed, and you have eaten the Body and Blood of Christ, then stay still and quiet in the Church as long as you can. Then you will feel the angels' wings. Hold on to that feeling as long as you can, for that will teach you where God is inside yourself."  Mother Victoria's advice has helped me find my peace-o-meter several times when I have lost it.

May God help us all find our peace-o-meter; assuming, that is, if we are actually looking for it.
Posted by Fr. Michael at 10:20 am

this is very helpful.
thank you Father. I too am ssslllloooowwwllly learning that my peace is more than anything else I think I should do in the moment.
It's so hard at times! Old habits die hard. But it's good to at least be trying to move in a direction. I like thinking of my peace as a guard at the gate of my inner city.
thank you.

Standing fast in an argument sometimes being a symptom of "lack of faith in God" - wow. That really strikes me today, Father. It puts me in mind of my Oma, who, to the best of my knowledge, never argued with anyone about theological matters, but had a way of acquiescing, saying "Ah well, God knows." I think she admired people who could speak eloquently about their faith (one of her favourite films was A Man Called Peter :D ), but she never seemed to need to prove anything with words.