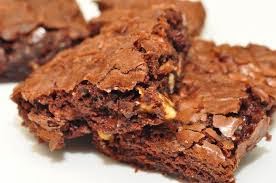 There is an apocryphal story that is sometimes told at Orthodox youth retreats to teach the importance of purity, especially in regard to movies and music.  Since I serve at lots of retreats and summer camps, I have heard it in various renditions several times.  In fact, there was a time in my life when I myself told a version of this story to try to teach the importance of purity.  However, over the past several years this story has begun to bother me.  And this is what I would like to write about today.  The story goes like this:

A young teenage boy wants to see a movie because “all of the kids at school are talking about it.”  However, his parents are very strict and will not let him see movies that they deem inappropriate for him.  The parents tell their son that they don’t want him seeing movies full of sex and violence.  So the boy does a little research on the movie and discovers that there is little violence and/or explicit sex in the movie, and he returns to his parents with this new information.  The parents say that they will think about it.
That same evening, Dad makes some brownies and offers some to his son saying: “I made these brownies for you.  I used an excellent recipe, and I added only a little dog poop to it.  Do you want to eat some?”
When the boy predictably refuses to eat the brownies, the Dad asks, “If you won’t eat brownies with just a little dog poop in them, why do you want to go see a movie with just a little inappropriate sex and violence?”

The problem I have with this story has to do with the purity metaphor.  The dog poop in the brownies represents a contamination to what would otherwise be completely pure brownies.  The metaphor suggests that the boy and his family are already completely pure, and that in their pure state they don’t want to become contaminated by the dog poop that they would be exposed to by watching an impure movie.  This metaphor and its application bothers me.  I don’t even think it is Christian.

Under the Old Covenant, when something was made ritually pure, any contaminant whatsoever, even the smallest amount, would make the entire purified thing impure—kind of like a little dog poop in your brownies.  Under the Old Covenant, some people could be ritually purified through certain actions, but this ritual purity could not last very long.  Sooner or later something would happen that would make one ritually unclean again.  (See the book of Leviticus for lots of examples of what makes one ritually unclean.)  In the Gospel accounts of the accusation of Jesus by the Jewish leaders before Pontius Pilate, we discover that the reason why Pilate has to go outside to speak to the religious leaders is that they didn’t want to lose their ritual purity by entering into a ritually unclean place.  Ritual purity was very important to many of the Jews at the time of Jesus, even while they were condemning the innocent.

However, the message of Jesus and many of the Old Testament prophets interpreted the purity codes of the Pentateuch in a different way.  For Jesus, cleanness has to do with the heart, not with external matters.  Jesus likens the ritual cleanness of the religious leaders to the white-washing of a tomb, a tomb full of death and rottenness.  He said it was like cleaning only the outside of the cup or dish.  In fact, Jesus went so far as to turn the Old Testament law of cleanness and uncleanness on its head.  Using different metaphors, Jesus teaches that we are already dark, already barren and already without life—that is, we are already completely unclean, no matter what we do on the outside.  However, salvation comes to us as a small light that we allow to illumine us, as a seed that we must plant and nurture in our hearts and minds, and as a little living yeast that we must work into the whole lump of our lifeless dough.  For the Christian, it is not a little defilement that defiles the whole clean body, but a little light that enlightens the whole dark body.  For the Christian, touching the unclean thing is not about avoiding the possibility of our being contaminated by something outside us.  Touching the unclean thing refers to giving free reign to the uncleanness that is already in our heart and mind.

And so to return to the metaphor of the brownies, you might say that it is a biblically appropriate metaphor—if the prophets had never spoken and Jesus had never come.  But the prophets have spoken and Jesus has come.  We are not ritually pure beings trying to avoid uncleanness.  We are already in darkness, eating the food of pigs (to use the metaphor of the parable of the prodigal son).  We need to come to the Light.  We need to make our way to our Father’s House to eat with Him in His House.

But how can we apply this Christian understanding of cleanness and uncleanness, darkness and light to help us decide what movies we should let our children watch?  Well to begin with, I think we need to recognize that there are no one-size-fits-all formulas.  Darkness and sin are matters of the heart.  Nevertheless, first of all, I think we have to ask ourselves some hard questions about why we do or do not watch certain movies or listen to certain music that we deem inappropriate for our children, if indeed we do this.  How is it exactly that I can “handle” a certain movie but my 15 year old son cannot?  Remember, our children will learn largely from our example, not from our words.  Next we need to think carefully about how we want our children to be exposed to secular media.  That is, sooner or later our children will be exposed to inappropriate media—whether we like it or not.  How can we help them think about and process this experience in ways that help them choose light rather than darkness?

Remember, it is not the movie that is unclean.  It is the human heart, even the heart of our children, that is unclean.  The passions lie in the heart not on the screen.  The reason we avoid certain media is because of our passions, because of our thoughts that we cannot control. It is not that I am pure and the sex or violence in the movie is unclean.  Rather, it is that my heart is full of violent and lustful passions already, and seeing such passions acted out on a screen only makes it more difficult for me to control them in my heart and mind.  I’m the one with the problem.

I think talking with our children is the most important thing.  If our children feel free to talk to us when they are disturbed—rather than feeling like they will get in trouble if they reveal a breach in their expected behaviour—then we may have many opportunities to discuss inappropriate media.  Most kids, sooner or later, will hear a lewd song at school or see an inappropriate video on a friend’s smart phone.  No matter how hard we try to protect our children, sin (as God says to Cain) is crouching at the door.  Now if the child has been raised in a home that emphasizes a Old Testament style purity code (we’re pure, so don’t you go and spoil it by eating any contaminated brownies), then she might not be eager to talk about her early exposures to inappropriate media or to any other sinful behaviour or thoughts that might disturb her.  After all, she might get in trouble for eating contaminated brownies.  However, if the child is raised speaking openly with her parents about various temptations, failures and passions that she may be experiencing as she grows, then she is likely to want to talk to her parents about the disturbing video or music she was exposed to.  She will want to speak about it not because she broke a rule, but because she is disturbed in heart and mind, and because she is used to speaking to her mum and dad about things that disturb her.

We live in a sick world.  We all want our children to grow to be as spiritually and mentally healthy as possible in the midst of (what Jesus calls) this crooked and perverse generation.  However, resorting to images and metaphors appropriate to the Old Testament purity code is not a helpful way to do this.  In fact, it is counter productive.  I have heard many confessions from children and teens who confess a sin or disturbing thought to me that they are afraid to tell their parents about.   Purity code thinking only increases darkness.

The brownies with the dog poop metaphor certainly stumps the kids—they never have a come back, which I suspect is why priests and parents like to use it so much.  But if we want to teach our children to be Christians, perhaps we need to look a little more deeply at the way sin actually works in our hearts and in the hearts of our children and find and use metaphors that open up communication with our children rather than using metaphors that shut it down.

I do not agree with you with regard to this post. The idea of the analogy is to cause young people,as well as adults the danger of contaminating our spirits with ungodly, worldly things. God's Word specifically warns us to stay away from anything rooted in evil.