The Order of St. Ignatius of Antioch

The Order Of St. Ignatius of Antioch

One of the spiritual gifts within the Church is the gift of giving. Certainly every Christian is called to give. A strong case can be made that 10% is the starting point: it is the biblically designated sign that all we have belongs to God. However, some, like Ss. Joacim and Anna, have the spiritual gift of giving. For Ss. Joacim and Anna, one third of their income was enough for them: One third they gave to the Temple, one third they gave to the poor and one third they lived on.

In the Antiochian Orthodox Archdiocese of North America, the philanthropic arm of the church is the Order of St. Ignatius of Antioch.

The amount of good work done by the Order is hard to summarize briefly. More than a third of the Archdiocese budget comes from the Order. However, certain programs are funded completely by the Order. The Order completely funds the Archdiocese church camp scholarship program, the clergy travel support program (I, myself received a $780. grant to help cover required travel this summer), and the clergy retirement fund. The Order is also a big supporter of St. Innocent Orphange and a long list of other worthy charitable works.

The Order is set up somewhat like a Medieval order of knights and ladies. This structure, along with some of the traditions such as receiving cross-shaped medals and certain titles based on the level of their contributions, is somewhat off putting for those not raised in an ancient Christian tradition.

Some are quick to point out that this seems somewhat like blowing trumpets in the street. However, anyone who actually knows members of the Order and has seen it in action knows that this is not the case. It is more like the boy scouts. It is merely a structure in which those with this spiritual gift of giving can spur each other on to more and more good works. It is a community of friends who have found that working together they can increase the effect of their spiritual gift of giving for good.

Let me end by tell you a story. Last year at the Parish Life Conference, at the dinner for the Order, one of the members asked me if I would be at the national convention that year. I told him that I would not because it was too much of a strain for our small church to send me. Immediately, he said, "let me make a couple of calls, and I'll talk to you in the morning." But before the evening was over he had personally set up and paid for my flight to Chicago for the convention, and by morning had arranged for the payment of everything else. No fanfare. No trumpets. Only the people involved knew about it. That's the Order of St. Ignatius. That's the spiritual gift of giving. 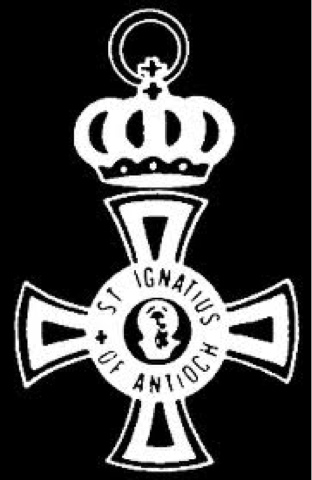