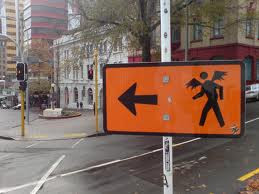 I will be convicted at the dread judgement without accusers,
And condemned without witnesses;
For the book of my conscience will be opened,
And my hidden works revealed.
O God: Before you examine my actions in the presence of all creation,
Be merciful to me and save me.
Octoechos, Tone 3, Monday Matins, Sessional Hymns (of repentance)

On Sunday I preached a homily on hell.  It appeared like the people were a little nervous at the beginning.  Heck, I was nervous.

It seems to me that whenever we think about the afterlife, we must remember that we are talking about a mystery. We are talking about a reality that cannot be accurately portrayed in the language and concepts of our fallen reality. Consequently, in the scriptures and among the Church Fathers, one will find all sorts of descriptions, warnings and encouragements.  There are descriptions of judgement and hell in the scripture and among the Church Fathers that sound as extreme as some T.V. hell-fire preachers. There are also descriptions of God's love and desire that all human beings be saved both in the scripture and among the Fathers, which sound universalist--and may indeed be universalist.

However, when we try to reduce heaven and hell to easily understood talking points that can be used to make other points, I think we err greatly. It is much like trying to speak of God and only focusing on the three-ness of the Father, Son and Holy Spirit. To focus on the three-ness is to err on the one-ness. To reduce the three-ness to an easily conceived metaphor is to do violence to the lack of division in God. Similarly, to push too hard on God's undivided nature is to err in regard to the divinity of the Son and the Holy Spirit. It is a mystery: several irreconcilable, seemingly opposing aspects of God are revealed to us.  And how could it be any other way?  A God that we could conceive is no God at all.

I think the same thing is true about the afterlife. St. Paul says that when he was caught up into the Third Heaven, he heard inexpressible words that were unlawful to utter. What he heard could not be expressed in words and concepts of the fallen creation. When Jesus talks about the final judgement, he uses parables: a shepherd dividing sheep and goats, a rich man tormented after an affluent life while a beggar is comforted, wise virgins who acquired extra oil (virtues? grace? good works?) were accepted into the bridal chamber while those without extra oil were shut out. Jesus speaks of burning and worms and weeping and gnashing of teeth--all of which is and has been experienced by almost all human beings at times of great suffering though out the ages. What does all this mean when applied to the afterlife, when time and space as we know it will not exist? We don't know.

What do we know?  We know that there is and will be a judgement--the Church's creed tells us this much. We know that something called hell/hades, or Gehenna, or Tuataras, or the abyss has something to do with it--but we don't know exactly what, except for a few parables, metaphors and allegories: enough to motivate us to avoid it. And enough to motivate us to pray that everyone may avoid it. We also know for sure that God is love. We know that mercy triumphs over justice.  We know that God wills that all human beings be saved. And we know from the prayers the Church teaches us to pray that we are to hope for and pray for the salvation of the whole creation. And most importantly, we know that Christ has broken the bonds of hell through His resurrection. How exactly these seemingly contradictory revealed truths fit together is unknown to us.

Maybe Paul knew in the Third Heaven. Certainly there are theories.  But theories are only theories. We don't know for sure. As far as I am concerned, generally speaking, I have not found it helpful to try to literalize biblical metaphors of either heaven or hell. Heaven is a party, a wedding supper. Hell is a place or condition of regret, of unfulfilled longing, of loneliness. And most of us have already in small ways experienced a little heaven and hell in this life. I think these actual experiences tell us more about the afterlife than fanciful accounts of horned creatures with pitchforks or winged creatures flying about in long robes. The judgement of the age to come will be no surprise. It will be only a revelation of what is already in our hearts. This is what the Monday morning hymn cited above is telling us.