Lead Us Not Into Temptation, But... 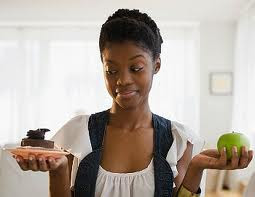 It has been said by some of the Church Fathers that all vices, all sins, are not equal. Some sins are of the flesh. They are manifestations of the animal nature out of control, of natural desires run amok. Examples of these sorts of sins are gluttony, thievery, fornication and even anger and murder. These are sins, and they are certainly evidence of spiritual sickness, but they are sins of the flesh. If they are not attended to, they can cause serious problems in one's relationship with God (and others), but they are not the worst sins.

The worst sins are the demonic sins. Demons don't eat or fornicate, steal things or even murder (directly), but they are full of pride, hatred of God, vanity, envy and self esteem (that is, they think too highly of themselves). These are some of the demonic sins, and perhaps these are the kind of "spiritual" sins that sometimes require a fall for us to recognize in ourselves. Perhaps sometimes a fall in the flesh is just the thing needed to make clear to us that we have nothing to be proud of, and that our vain presenting of ourselves and our high self esteem are nothing more than play acting, thin veneer over rotted wood. After all, Jesus came to save sinners, and if we cannot see the sin in our heart, perhaps we need to see it in our flesh to learn that it has really been in our heart all along.

Even if we look at how things played out in the Garden of Eden, we can see that the fall into a sin of the flesh makes evident and perhaps even saves Eve and Adam from a deeper, demonic sin. Before Eve is tempted by the fruit of the Tree of the Knowledge of Good and Evil, before she "saw that the tree was good for food, and that it was a delight to the eyes, and that the tree was to be desired to make one wise," before this happened, Eve had engaged in a demonic conversation with the evil one. Eve had begun to question God's love, to doubt God's word; she had begun to entertain a demonic thought: the thought that one could be like God without God. In a sense, the temptation and fall into gluttony (and it's consequences) make evident to Eve and Adam the certainty that God indeed loves them, keeps His word, and that God Himself is the only pathway to growth in godlikeness. The sin of the flesh makes evident the sin in the heart.

I say the Lord's Prayer with trepidation. I strive to examine myself, to see the poverty of my spirit, the hunger of my soul for righteousness (one is hungry for what one doesn't have). How easily I engage the evil one in conversation. How easily, like my first mother Eve, I doubt God's word and God's love. How easily I begin to think I've got this or that person or situation figured out. But I don't. My sins make that evident to me. But when I am aware of my sins and my sinful tendency, the passions that rage in my mind and body, then I pray in peace. It's an irony. It's the divine irony. Jesus came to save sinners, and seeing my sin, I am delivered from it. When I am not acutely aware of my weakness, however, that's when I fall into it.

O Lord, lead us not into temptation, but....

Upon reading your post it struck me: we have in the Ancestral sin an archetypal case of logismoi! Thoughts suggested from an external demonic source!
I have always found it hard to explain logismoi to non-Orthodox. It just sounds silly to our secularized, suspicious-of-the-superstitious culture. Fr Michael would it be fitting to explain logismoi with reference to Eve's conversation with the "external thoughts" offered by the serpent?

This post also shed light on the Lord's prayer (a prayer that I still mostly do not understand).
I've never satisfactorily understood why we would ask God not to lead us into temptation. It implies sometimes He does so lead us? But if He would do so, why would I pray against it? (Where's the trusting "thy will be done" in such a fear-based (?) request?)
Here, as I am reading you, we are asking not to be lead into temptation (knowing our weakness), except when such leading would save us from the Evil One.
IS this a proper understanding?
It quite changes the meaning of the prayer for me. I imagine if this were explained, many Christians would understand the Lord's Prayer in a new light.

Hello Father,
Would it be possible to also speak to the other parts of the Lord's Prayer? What for example does "Forgive us our trespasses as we forgive those who trespass against us" look like and mean exactly?

This has been very helpful to me, too, Father. Like Mark Basil, I begin to insert (sort of, kind of) right after "but": "with the exception of but not limited to" and it reads with a different light.

Mark,
Yes, I think it is fitting to look at Eve's conversation with the serpent as an example of engaging logismoi and being led astray by them. However, logismoi are not alway from the evil one. They can come from our own psyche and are often just neutral.
About the "but" in the Lord's Prayer. I think it is a proper way to understand it, so long as it is understood in the light of the whole prayer and the whole sermon on the mount.
Fr. Michael

Thanks Father.
Are "logismoi" just, literally/etymologically, "thoughts"?
Do they have a negative, positive, neutral conotation? Are there good logismoi?


I think I have meanrt, when I've prayed, "and lead us not into temptation but (instead) deliver us from the evil one."
That is, rather than leading us into temptation, please deliver us from the evil one (the tempter). I thought of this ala Job- who was tempted by Satan but only when Satan received permission from God (and, indeed!, it was *God's* finger that touched Job causing him sores, suffering, etc... Not Satan causing it. Yet another thing I dont totally get).

The reading your offering seems quite completely different from the way I have meant this part of the prayer. Is my former way of thinking just wrong?
It certainly never made sense to me for the reasons I said above: As if God does lead us into temptation (in a bad/unhelpful way) unless we ask him not to (praying against God's will).

Is the meaning of the prayer in this instance then, meant to correct our understanding of temptation-unto-salvation-- a temptation God leads us into in order to save us from a greater (demonic) sinfulness that would make us victims of the evil one?

Is this in any way related to Jesus being lead by the Spirit "immediately" into the wilderness (upon his baptism), where he was tempted by the Satan?

Thanks for your help.
Love;
-Mark Basil

Mark,
I don't like to think of spiritual insight (if there is any spiritual insight here at all) as a matter of being right or wrong as much as a matter of helping us know God and find Life in our relationship with God. Dogma is right or wrong, but spiritual insights are helpful or not helpful. From a western syllogistic perspective, ideas must be either right or wrong so that you can build (or not build) other ideas on them. However, here I would not want to build anything. I am just offering an insight that I have found helpful. It is not to say that other ways of understanding the words are wrong or not helpful. We are dealing with a spiritual reality that can only feebly be approximated by any words.

Okay thanks. That's a good reminder.

This is an interesting take I've never heard before.

I have never understood the first half of this clause. We ask the Lord God not to lead us into temptation, yet St. James says, "Let no man say when he is tempted, 'I am tempted of God': for God cannot be tempted with evil, neither tempteth he any man: but every man is tempted when he is drawn away of his own lust, and enticed."